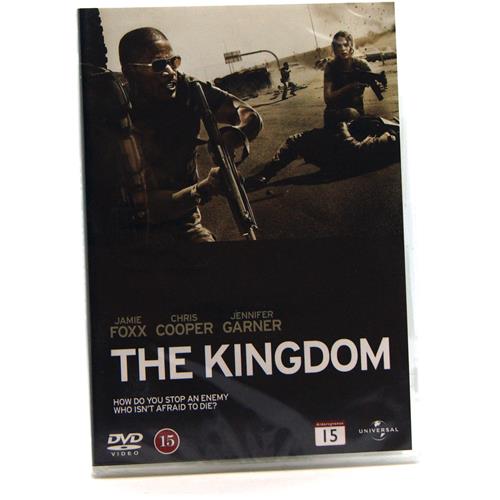 Thriller starring Jamie Foxx and Chris Cooper. When a terrorist bomb detonates inside a Western housing compound in Riyadh, Saudi Arabia, an international incident is ignited. While diplomats slowly debate equations of territorialism, FBI Special Agent Ronald Fleury (Foxx) quickly assembles an elite team and negotiates a secret five-day trip into Saudi Arabia to locate the madman behind the bombing. Upon landing in the desert kingdom, however, Fleury and his team discover Saudi authorities suspicious and unwelcoming of American interlopers into what they consider a local matter. Hamstrung by protocol, and with the clock ticking on their five days, the FBI agents find their expertise worthless without the trust of their Saudi counterparts who want to locate the terrorist in their homeland on their own terms. Fleury's crew finds a like-minded partner in Saudi Police Captain Al-Ghazi (Ashraf Barhom), who helps them navigate royal politics and unlock the secrets of the crime scene and the workings of an extremist hell bent on further destruction.