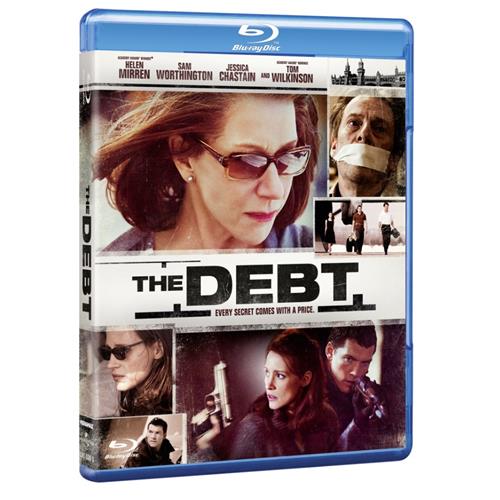 The Debt is an espionage thriller that begins in 1997, as shocking news reaches three retired Mossad secret agents Rachel (Helen Mirren) and Stefan (Tom Wilkinson) about their former colleague David (Ciarán Hinds). All three have been venerated for decades by their country because of the mission that they undertook back in 1966, when the trio (portrayed, respectively, by Jessica Chastain, Marton Csokas, and Sam Worthington) tracked down Nazi war criminal Vogel (Jesper Christensen) in East Berlin. Now, thirty years later, a man claiming to be the Nazi has surfaced in Ukraine and one of the former agents must go back undercover to seek out the truth...


The Debt fuses physical and moral peril as it fuses past and present. In the contemporary half of the story, ex-Mossad agent Rachel Singer (Helen Mirren) tells and retells the story of how she and her fellow agents David Peretz (Ciarán Hinds, Rome) and Stephan Gold (Tom Wilkinson, In the Bedroom) captured and killed a Nazi war criminal. But in flashbacks to Cold War East Berlin, younger versions of Rachel, David, and Stephan (Jessica Chastain, Sam Worthington, and Marton Csokas, respectively) play out a significantly different series of events--and the gap between past and present takes its toll on all three in different (and in one case gut-wrenching) ways. Though Mirren, Hinds, and Wilkinson are a powerhouse trio, it's the Cold War scenes that take hold of the viewer. Jesper Christensen (as the Nazi) invests his conversations with Chastain and Worthington with silky insinuation and taunting contempt, building a devastating suspense. Fans accustomed to Worthington in his action-movie roles (Avatar, Clash of the Titans) will be surprised by the gentle vulnerability he shows here, but it's Chastain (The Tree of Life) who captures the movie's emotional core. She and Mirren perform a strange collaboration that can only happen in the movies, building a fierce and brittle woman out of their complementary performances. --Bret Fetzer
5050582879117
There are no reviews yet!