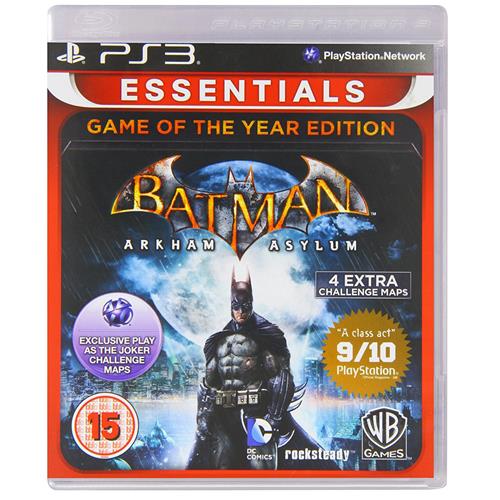 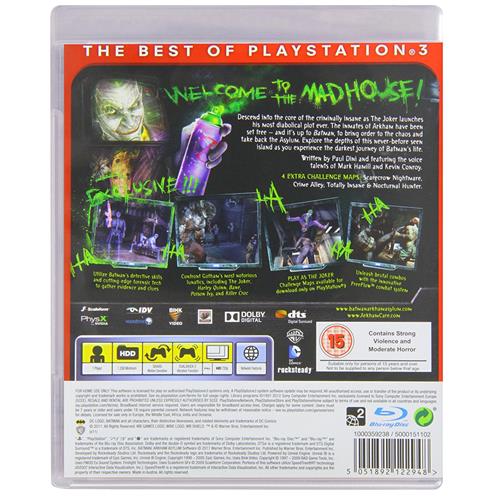 Batman: Arkham Asylum exposes players to a unique, dark and atmospheric adventure that takes them to the depths of Arkham Asylum - Gotham's psychiatric hospital for the criminally insane. Gamers will move in the shadows, instigate fear amongst their enemies and confront The Joker and Gotham City's most notorious villains who have taken over the asylum. Using a wide range of Batman's gadgets and abilities, players will become the invisible predator and attempt to foil The Joker's demented scheme.


Utilise the unique FreeFlow combat system to chain together unlimited combos seamlessly and battle with huge groups of The Joker's henchmen in brutal melee brawls.

Face off against Gotham's greatest villains including The Joker, Harley Quinn, Victor Zsasz and Killer Croc.

Become the Invisible Predator with Batman's fear takedowns and unique vantage point system to move without being seen and hunt enemies.

Choose multiple takedown methods, including swooping from the sky and smashing through walls, and use the predator camera get a closer look at the action.

Explore every inch of Arkham Asylum and roam freely on the infamous island, presented for the first time ever in its gritty and realistic entirety.

Experience what it's like to be Batman using batarangs, explosive gel aerosol, The Batclaw, sonar resonator and the line launcher

Unlock more secrets by completing hidden challenges in the world and develop and customise equipment by earning experience points.

Enjoy complete superhero freedom in the environment with the use of Batman's grapple to get to any place you can see, jump from any height